An offshoot of the Steel Confessors. The theme of this fan-fiction Chapter of mine is a 'modern mercenary army'. This is another attempt by the Adeptus Mechanicus to gain Space Marine chapters under their direct control, and further blend them with technology. The bend the rules, and seem to be building an army of 'scouts' in order to circumvent the 1,000 marine limit. 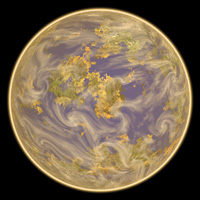 Hattusa II: is a barren and heavily industrialised world in a state of flux. It is becoming a Forgeworld.

Vast rolling planes of fields are being eaten up by the vast juggernaut of the Adeptus Mechanicus industrial complex. The transitional boundary between the rural and techno-industrial is similar to modern day cities, where humans are groomed for Adeptus Mechanicus service in conformity cells called 'offices', stacked into skyscrapers.

The cells are a common method the Adeptus Mechanicus use to break the will of the indigenous workforce. All emotion is drained from the human psyche as boredom addles the brain. The only escape is mind altering drugs, supplied by the Adeptus Mechanicus, which in turn makes the users suggestive and compliant for the next stage of full drug induced zombiefication and eventual servitor fodder and loss of all freewill.

Servitors are big business of a sorts, and office bred servitors are the most compliant and hard working of all, it's as if the enjoy being a servitor.

There are those who are resilient to this setup, and these are considered high-humans and are siphoned off to other cult institutions.

Obviously such a valuable commodity needs to be protected, and this is where the Tauromarch Corps. comes into play.

The largest complex is Yazilikaya, and this is where the bulk of this Space Marine Chapter is stationed.

Covert off-shoot of the Steel Confessors.

Symbol: A black horned bull on mustard yellow base (Aleph symbol used too)

War of Autonomy a protracted war with corrupt forces lead by Inquisitor Calsar, who seeing the power of the force the Adeptus Mechanicus had created requisitioned the Tauromarch Corps for his own nefarious purposes, and then tried to bind them to his own command as pawns. When they refused, insisting on autonomy, he branded them traitors and sought to have them excommunicated and terminated.

The Tauromarch Corporation is a Cult Mechanicus (not Adeptus Mechanicus) run 'front', the main global corporation of this Industrialised world. The Tauromarch Corps is the Space Marine Chapter, but unlike most Chapters the marine are seen as an officers corps to the main army of marine 'scouts'. The official Chapter title is the Bull Guard or simply the Bulls. They are also know as the Hearth Guard on Hattusa II.

This Space Marine Chapter is yet another attempt of the Adeptus Mechanicus to gain Chapters in their direct service, the last being the Steel Confessors, from which this Chapter is derived. The Chapter officially adheres to the 1,000 marine limit, but the vast bulk of the fighting force lays in the augmented 'scouts' is carapace armour (similar to Gears of War - notice the Ad-Mec like symbol?!) and a lesser version of power armour not using the Black Carapace interface (loop hole). These scouts do not count towards the 1,000 marine limit, and technically come under the heading of 'Praetorians'. This gives the entire army, which officially doesn't exist on paper, a huge fighting force of augmented warriors far in excess of what a Space Marine Chapter should have.

Notes: Scouts of the Bull Guard are 'U.S. Army' like in concept. They act like soldiers and are not out for individual glory, are less of a warrior band, and organised much like a modern army. They are far more 'Gears of War' in feel than classical marine scouts. The Sergeants being full marines do not really follow suit and are the show offs within the squads (but being full marines they are up front and armoured so it's OK).

Cult of the Core. The Core is everything.

The Chapter is divided up as a regular Space Marine Chapter except (unofficially) each tactical marine leads a 5 man scout kill team. The kill team consists of 4 'Praetorians' (augmented scouts in semi-carapace armour) and a full scout (augmented and in non-marine power armour or full scout carapace) who acts as the second in command. The Praetorians are not bound by the usual rules of supply for a Space Marine Chapter, and field a wide range of weapon systems, including experimental and archo-techweapons.

This structure yields a fighting force of around five to six thousand troops, with 1 in 6 being a real marine. However this organisation is unofficial, in truth the second in command scout is the leader of the unit, the marine has not authority, but due to 'blood brother' ties the marine is effectively in charge via the second.

The structure is further supported by the Skitarii, the fighting forces of the Adeptus Mechanicus. The kill teams can command the Skitarii units via the Praetorians, creating independent cells, communication via the marine comms at high command level.

In essence the 'Chapter' is the high command of officers of the standing army!

It is this unusual structure that proved so effective in the War of Autonomy, and the tactics employed were un-marine like and even Inquisitor Calsar was not prepared to tackle this unorthodox army.

Specials: Use 'Multi-Lascarbine', 'Plasma Pulse Cannon', 'Sniper-Cannon' heavy weapons and exotics such as D-Cannon and Gravitons, and even Webbers (to immobilized even powerful target too tough to crack).