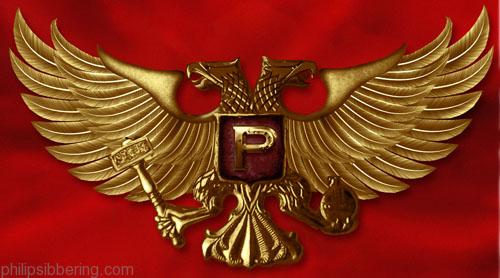 To make the distinction between Philverse and Philhammer clear: I'll be referring to my revision of Warhammer as Philhammer. There will be no separate website for 'Philhammer' as it contains GW IP. I'll be updating the articles, and filling out some of the missing details. I have to catch up on a fair bit of background. Philhammer covers the hidden science of 40K, the effects of the Dark Age of Technology has on contemporary Imperial design and culture, and attempt to explain how the 'grimdark' background can make sense to a modern, sceptical, tech-savvy, audience. In grounding 40K in reality, and explaining warp based technologies, it makes it easier to suspend your disbelief - or at least that is my aim.

It was pointed out to me by other fans that because 'Philhammer' has so many of my ideas supporting it, that it had become its own setting. So I decided to run with it and develop a background-setting using all the ideas of Philhammer, ripping out all the GW IP, and see what happens. Thus Sciror was created. At its heart, it is a drop in 'replacement' setting for the 'Dark Age of Technology' from 40K but seen from the other side of history and the more positive perspective of the 'Golden Age of Technology'. It details the civilisation before the fall, why the fall happened, and the effects of the fall.

The fall comes about when the machines of the Supremacy leave humanity to their fate after the 'Psidemic' (world altering psionic manifestations). It replaces the popular trope of 'machine betrays man', from films such as Terminator, with 'man betrays machine' (there still isn't the exact tv trope - suggestions in the comment if you have one?).

Things get complicated: In working up this background I realised that: if Sciror could explain 40K tech, then it could explain any sci-fi. A lot of other sci-fi has the same issues as 40K, and I figure other creatives may encounter similar problems while creating their own worlds. So I then changed the concept of Sciror to 'meta-framework' for creating backgrounds. Anyone can create their own background for their setting using Sciror as a springboard for their vision. All the technology is explainable, interoperable, and you can concentrate on the story. If a fan of your narrative wants to know how something actually works, from their modern-day perspective, Sciror explains it. Sciror will still detail human advancement over the centuries, but it's stable, a 'vanilla' core of logical exploration of ideas about the future. All the action happens in scenarios branching off from this core, where events like The Fall become a 'what if'. Here are the 'what ifs' that will serve as an example of backgrounds created with Sciror: 'Stare in the Abyss', 'Psidemic' (The Fall) and 'Twistasy', which I'll be jumping between in a chaotic manner during development.

Displacement Point: The idea of Sciror is to create a 'displacement point'. Instead of using the modern world as our frame of reference, we move our perspective to an imagined point in the future and use that as a basis for storytelling. I think this can work as we live in stories, our perception of the world is a narrative, and we have so many stories through modern media that we can imagine a future world much more easily than in the past. More importantly, when we think of a setting that is incomplete, we quickly fix it by borrowing from other settings to fill in the gaps. This natural ability, and wealth of resource material, means we can create a common 'dreamscape'. A place where all stories come together, and interact with each other, using our common culture. Then we can start designing new stories taking this new 'reality' into account. It will create an unusual situation that if you know 'Sciror', the stories will make sense: in the same way traditional sci-fi references our world, this new sci-fi will reference Sciror. Stories based on stories. Using fiction as a basis for future imagineering. If you do not know Sciror, then it is probably going to be a culture shock as everything is different, and I want to make it different.

Visions of the Near Future

Here I'll be designing and imagining solutions to today's problems. Which will act as a springboard for Sciror. These solutions create the base narrative, the foundation, onto which I'll raise Sciror. By designing for the 'here and now', we can create narratives that are restrained by reality, and hence more believable. Anyone can judge the designs and see if they accept them. For example, if I design hab-unit: you can quickly decide if you would want to live there or not. If you do, and you think the design is a good idea, then you are 'hooked'. Then it's time to reel you in. Once your logic accepts the premise, it is much harder to put the brakes on, and then we are on the Philverse train to the future. At least that is the plan.

This all means you can start at Philhammer and follow the logic, and narrative, all the way back through history and end up in the here and now: looking at designs for our modern world. The reverse will also be true, that you can start from here and end up in 40K. I mentioned hab-units, and I think that is the first thing to tackle, as living space is so personal. You will know if you like it or not. I'll post my stages of Ecorium development, as this spans all era, and see how it takes. Will it hook?

Posted in Philhammer, Sciror, Visions of the Near Future on 7th Dec, 2018 | No Comments »

Hearing feedback is very important to me in developing my ideas. Much of my designs are inspired, and crafted, by chatting to fans on forums before snowballing into a full concepts posted on this website. I would like to thank all those who have contributed critiques and participated in discussions over the years. If you would like join in, you are most welcome!