This has been added to the 3D models page. This was a lot of fun to sculpt, especially shapes like the eyes, nose and ears. There were not crafted in a sculpting program like mudbox or zbrush but instead I crafted these by pushing vertexes about and cutting cut polygons - just to see if I could: and it turns out I could! The ear wire is interesting as a piece of sculpture in and of itself - I tried to keep it all quads like the rest of the sculpt, and in turned into a bit like a 3D puzzle. It does have some triangles in it, but wouldn't take much to make it all quads (and port it over to something like zbrush to subdivide). It's not perfect but not bad for a first attempt (first attempt of sculpting a head - not used the program!) 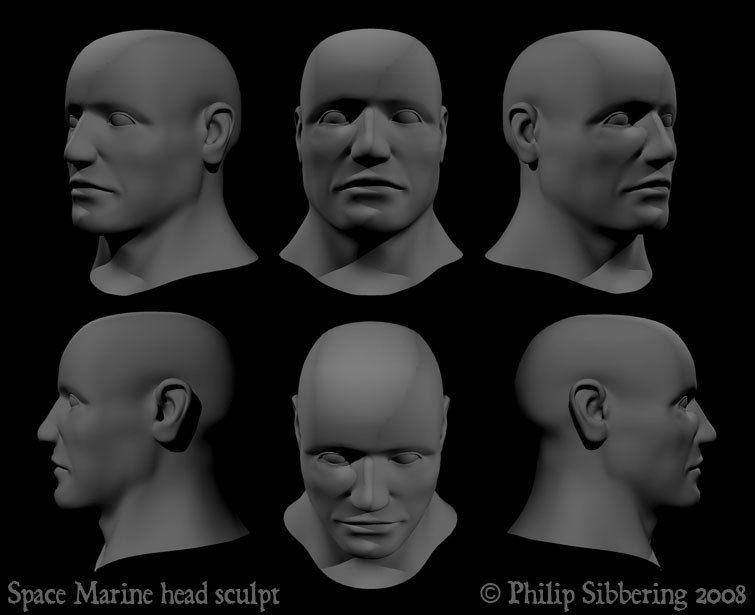 Over on  the Troll Forged Miniatures website there has been a lot of chatter about rapid prototyping, and I thought I would add this model to my site. I would be nice to have enough time to sculpt up some Space Marines heads, or AFG (Artificial Flesh Golem) heads, along with armour and such in 3D and rapid prototype them?